Spices: A Chilli and Pepper Story

What made European to explore different sea routes for India? 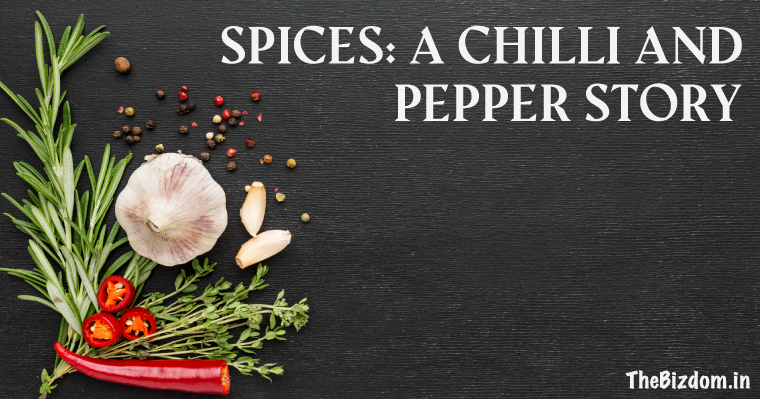 The words species and spices come from the same roots in Latin, which referred to kinds, forms, or appearances of items within a larger assortment.

Herbs and spices are both seasonings used to add flavor to foods but they are different in a few ways. A herb is a plant that does not have a woody stem and dies at the end of each growing season. The word herb derives from the Latin herba meaning grass or straw. Before the discovery of fire, herbs provided a source of food to early humans through means other than subsistence hunting. While, we usually define a spice as an aromatic part of a tropical plant, be it its root, bark, flower or seed. Spices can be added to a dish before cooking or used to enhance the taste of a finished meal. Herbs are green leaves harvested from plants and either dried or used fresh.

Spices and its importance in human history have many layers. From mythology to history, and from history to the modern Political Economy, Spices are the first commodity one should study. The spice trade, probably, is the most ancient trade practised by man. It brought together diverse cultures of the western, and eastern worlds, and have created a harmonious but also a harmful world of today. The exchange of spices stimulated the first global age and predated the beginnings of economic globalization, wherein actions in one area of the world greatly affected people and events on another, the far-off continent.

Its origin is complicated, and we get some records on how ancient Egyptians traded spices and herbs among ancient civilizations. Spices from China, Southeast Asia, India, and Sri Lanka were originally transported overland by donkey or camel caravans, somewhere 2000-300 BC. Persian and Hindu Weddings gave a lot of importance to Spices.

The literature of Ancient Asian civilisation is a treasure trove of information related to the problems of health and the right food. In India, besides the ayurvedic treatises like Charaka Sushrita, Vhagbhat (Asthanga Hridaya) Samhita, we also have Bhowprakash, and other Vedic literature, talking about it. We have Japanese, Chinese and Sino-Tibetan systems, and along the same line: Unani systems, currently used more in India than in the country it got developed (like Homoeopathy).

India is/was known as the Kingdom of Spices and the Pepper was the “Black gold” while cardamom was the “Queen of spices.” Pepper is called as ‘Pippali’ from the Sanskrit word and the meaning of it is ‘berry’. Cardamom is a spice derived from several plants in the genera “Elettaria” or “Amomum”. Both genera belong to the ginger family and are native to the Indian subcontinent and Indonesia. For ages, Roman, followed by the Arabs kept coming to India, in their hunt for this black gold. I often joke to one of my Keralites, that it was because of them that we as a nation got enslaved by the European.

200 BC to 400 AD: For 600 years, the Romans controlled the trade. Their earnest desire for exotic foods and expensive imported spices indicated their love of luxury, especially to the upper class. Spices the Romans sought included: nutmeg, cinnamon, pepper, cloves, and ginger.

When the Greek merchant Hippalus ‘discovers’ that the monsoons which nourish India’s pepper vines reverse direction mid-year, a fact the Arabs have known and kept secret for centuries, the Romans ride these trade winds. They chart a direct route from ports at Red Sea to the ancient port of Muziris in central Kerala, the aromatic source of pepper and other southern Indian spices that have featured as essential ingredients listed by Apicius as early as the fourth century BC. Then Europe will get into their Dark era (500 to 1100 AD) The Roman Empire also set up a powerful trading centre in Alexandria, Egypt in the first century BC. During this Roman-era, they used pepper in 81% of their recipes.

After the fall of Rome, Arabs gained monopoly of the spice trade, with bustling market centres at Constantinople and Alexandria. The Venetians, with their mighty presence in the Adriatic Sea, control the distribution of pepper and other spices from the Mid-east to Western Europe.

All spices making their way to Europe via the Middle East, the Mediterranean, Constantinople (Istanbul) and Venice. The latter two had a stranglehold on trade between these two world centres. The demand for them came from their use as preservatives for foods as well as medicines. Until Marco Polo’s historic voyage to China in 1271, no one really knew the origins of many rare spices.

In the Middle Ages and after, hazardous voyages were undertaken by famous seafarers, like Marco Polo from Italy; Pedro Cabral, Vasco da Gama, and Ferdinand Magellan from Portugal; Christopher Columbus and Hernando Cortes from Spain; and by numerous other sailors from France, England and the Dutch in order to establish routes to trading ports in primary spice growing regions. When Columbus made his inadvertent way to the West Indies, in his hunt for black pepper. While his India was not the real India. So, instead of Black pepper, he got his hand of another healing spice. It was the cayenne, or chilli, chilli peppers.

In 1498, the Portuguese had discovered the sea route to India. From 1595 to 1601 the Dutch sent fourteen fleets to the East Indies. And, by 1601, the East India Company was created, and two years later the merchant James Lancaster triumphantly unloaded a million pounds of pepper onto London’s docks. Spices had brought the Company to India, but it quickly became more interested in the subcontinent’s textiles.

But why are spices used?

With the exception of vanilla, chilli pepper and allspice, nearly all spices are of Asian origin. They have many applications, namely as a flavouring agent, medicinal, preservative, colouring agents, and some time are also used for lowering blood pressure and increasing sexual potency. Still, you will find the most obvious answer for the above question, that they enhance the flavour and palatability of food. But it’s more than that, most of these spices also kill or inhibit food-spoilage microorganisms. Along with that spices is used in hot climates, where (unrefrigerated) foods spoil most rapidly.

Thus spices with the most potent antimicrobial properties are favoured in areas where foods spoil most quickly. Spices and their extracts possess preservative and natural antioxidant properties, spice extracts are popular and certain of them have antibacterial, antifungal and antiviral activities.

Spices are prone to spoilage by insect or microbial attack. Hence, spice oils containing all the active ingredients of spices are extracted or marketed. Chilli contains a high moisture content (65–85%) at the time of harvest, making it prone to microbial attack. So it is a general practice to dry chillies. In the food industries, it is being used in the form of oleoresin which permits better distribution of color and flavor in food.

It is one of history’s ironies that chilli eclipses pepper during the subsequent 400-year-old Portuguese affair with India that transformed the culinary landscape of India. The chilli is native to Central and South America and the Caribbean islands. There are so many variations of chillies, and they come in so many shapes and colours.

What before chilli, was used in India as preservatives?

Capsaicin, the active ingredient in chili, has been implicated as a detrimental agent to the gastric problems. Along with that Chilli was also used as a preservative agent. But given that Portuguese introduced it in India. So, the question remains: what before the Chilli? While Chilli and its principal component, capsaicin does the role of preservatives. Today India is the largest producer, consumer and exporter of dry chillies in the world. But, ancient India has been using other spices also for this. The three alternatives before Chilli were: Cumin,, Ginger and Coriander (Chinese parsley or dhania). Clove, garlic, cinnamon, and their essential oils were also used as preservative agents. And then we have over master all-rounder: we also use Turmeric as a cosmetic, a medicine, and a food preservative. 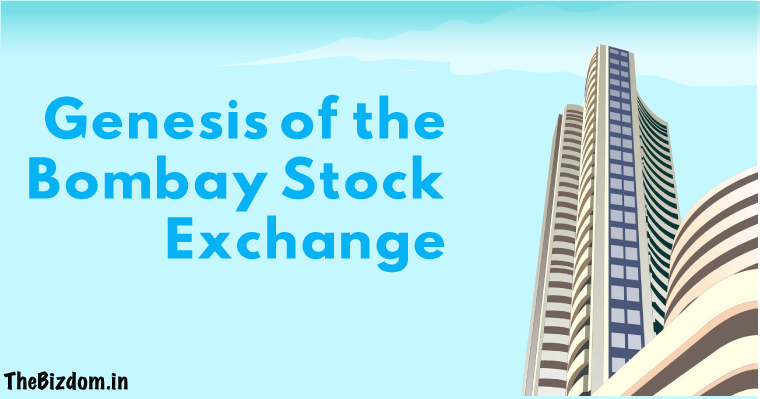 The Story of Bombay Stock Exchange