Army, Marwaris and their Colourful Havelis 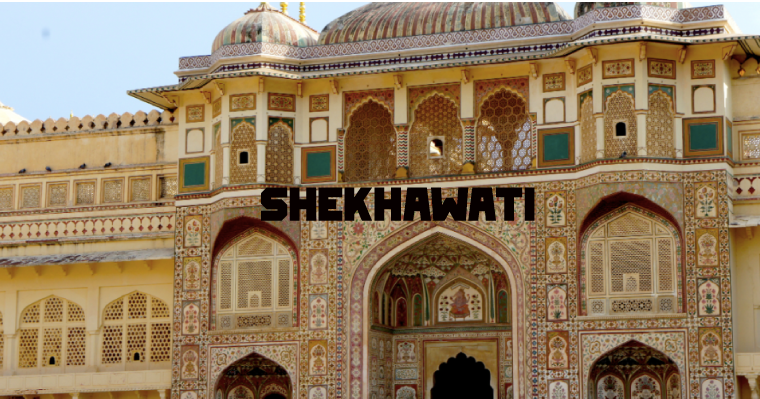 Shekhawati along with the Mewar, Marwar & Hadoti is the Subdivision of Rajasthan, they named it as the ‘Garden of the Shekhas. The word itself comes from Rao Shekha who was the Sardar/chief of their community. This region was ruled by the Muslim Rajputs named Kyam-Khanis, who were the Chauhans and later converted to Islam during Feroze Tughlaq’s era. With the decline of the Mughals, Hindu Rajputs reclaimed these and they divided entire Shekhawati into 33 thikanas/pargana 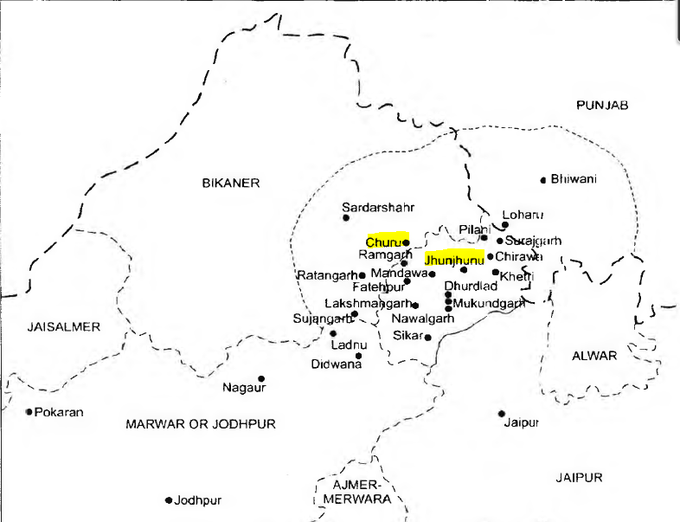 Now this fragmentation of estates created a problem, as these new small rulers needed money to run their estate. For this they needed Merchants to act as revenue officers, moneylenders or as Modi (it was a title given to the suppliers of provisions to their Army). Oswals Jain of Rajasthan had been traders for centuries (as they felt agriculture kills living beings). Like our present day’s State Govts lures FDIs, in somewhat the same manners trading community were happily invited. This will lead to the concentration of what we now call as the Marwari in this part of India. Let’s step back: At the height of the Mughal Period the flow of trade between western sea-ports (Surat and Goa) used to flow via Ujjain. Soon Mandvi and Porbandar increased their trade and the goods started flowing through Rajasthan, they carried it on camels via most of these thikanas.

At times in the middle of opportunity difficulties arise. As the fame of success of Marwadi trading was going around, it created two problems (a) Maratha & Pindaris incursion (b) internal disturbance. Most of these Kings were still depended on local thakurs Now these thakurs started becoming ambitious and as Ambition is a Hard-task master, they themselves started looting these trade caravans. The Kingdom of Bikaner complaint to East India Company and asked them to resolve this problem By 1831 a ‘Shekhawati Brigade’ was raised. The cost of the Jhunjhunu-based Brigade came from taxes levied on the chiefs of Shekhawati. These new taxes created more problems and more Thakurs started revolting Now, EIC came with unique solutions: first they shifted brigade to Jaipur state, but more importantly they started enrolling these Thakurs into their Army. They realised what they needed was Name, Fame & Money. They also brought Shekhawati, under their direct rule.

Now remember EIC was a corporate entity, what they cared the most was the MONEY. From the view of Political Economy, it was a mixing of World Traders with a Desi business community. While EIC had worked with them in the past (House of Jagatseth conspiracy with Siraj-ud-daula and Mir Kashim)

With the success of their relationships with Parsis in Bombay, now they started evolving Marwaris as their local partner in the rest of India, esp in Calcutta. A Churu firm, Sadhuram Ramjidas (related to Tarachand Ghanshyamdas) dominated the Kanpur Cotton Trade by 1850s Surajmal Jhunjhunwala will set up a charitable mess for Marwaris working in Calcutta where a lot of business networking will take place in the next century. G.D. Birla’s grandfather, Shiv Narain will stay there for a very long time. Bajaj brothers from Churu will land up in Bombay to take up printing as a business. By 1871, they started the Shri Venkateshwar Press to bring out Hindu religious works from the Moti Bazar. Then in 1899 a young lad from Churu will get inspired by Nath Sampradaya. With the help of his Calcutta based friend, together they will create something in 1923 at Urdu Bazaar of Gorakhpur that will change the course of our Nation. His name was Jaydayal Goyandka.

During the period 1901—14 and during World War I, people such as Birla, Hukumchand, Mungeeram Bangur, Nagarmull, Goenka, Bajoria Bajoria, and On- karmull Jatia had made fortunes in raw jute trade, share trading, and fatka—fortunes that were now available for investing in industries.

Britisher loved the twin power of Arms and Financial power of Shekhawati and soon this region became the Hub sourcing for their Army. And, it continued post independence as well. As per a 2018 data, Jhunjhunu had ⅓ of all martyrs (from Rajasthan) Piru Singh Shekhawat will get a Param Vir Chakra in 1948 and People keep memories of martyrs alive by erecting their statues. Their statues are worshipped as deities in the villages. On Raksha Bandhan, women tie rakhi on the statues as a token of remembrance.

1965 war had Capt Ayub Khan (a Kyam-Khanis who will later become MP of Jhunjhunu and Union Minister). 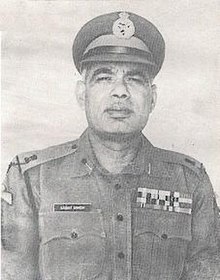 Then we have Sagat Singh (who is from Churu) , and was famous for his roles in Nathu La & Cho La , Goa and Bangladesh war.

In 2016, when our Air force commissioned the first 3 women fighter pilots, one among them was Mohana Singh (from Jhunjhunu). Then in 2018 Supriya Choudhury (she was working as an scientist at ONGC) will be the second woman to be a lieutenant in our Army These warriors remained at the front line right from the Kargil war till the recent Pulmawa attack of 2017. Arif Khan belongs to a family that has 12 people in our Army and a village that has almost all the people working for the Armed Forces.
Today the entire Shekhawati is known for 3 things (Army, Marwaris and their Colourful Havelis). The richness brought by their traders and the protection provided by their Brother-in-Arms, have now made these Colorful Havellies a delight to watch and experience These are now a topic of discussion and further exploration in Popular Culture, esp after Hindi Films started showing them recently (Like PK). Let me conclude all these array of facts that I have laid in this thread with a Quote that will summarise this : “We don’t have power, but we have money. With Money, we can get power”.

PS: Marwari is also a dialects, along with the Harauti, Mewari, Mewati, etc, all under the ‘Rajasthani’. And, in his book ‘Rajasthan’, James Tod suggests that “Marwar is a corruption of Maroo-wār, classically Maroost’hali or Maroost’han, thus it’s a ‘region of death’”. 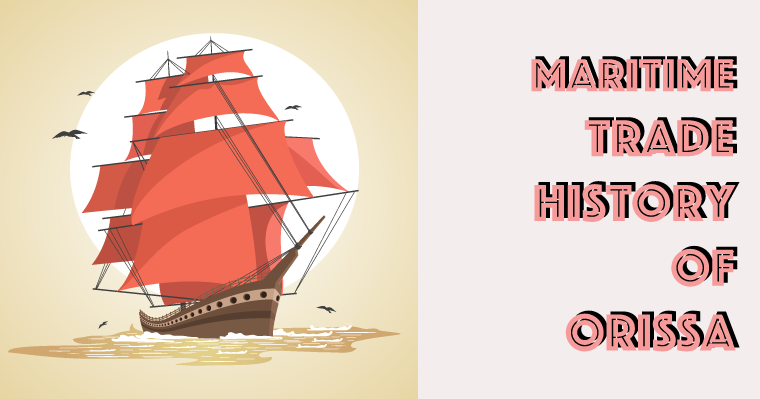