The Story of Britannia: From Calcutta to Bombay

The original business was started way back in 1892 with an investment of Rs. 295 by few British individuals. These biscuits were manufactured in a small house in central Kolkata. Later, the business was acquired by the Gupta brothers and operated under the name of V.S. Brothers.

In 1918, C H Holmes, an English businessman in Kolkata was taken as a partner and ‘The Britannia Biscuit Company Limited (BBCo)’ was launched.

In the early 1920s, there was an amalgamation of the two most successful biscuit manufacturers in the UK- Peek Freans and Huntley & Palmers. They created Associated Biscuit Manufacturer’s Ltd as the holding company in 1921. It soon transformed into an economically powerful unit which prompted worldwide expansion. Soon, they manufactories were created in India as part of a merger with Britannia Biscuits in 1924. In the same year, the Mumbai factory for their business was also setup.

Biscuits were in big demand during World War II, which gave a fillip to the company’s sales.

The following year, the Wadia Group acquired a stake in ABIL, UK and became an equal partner with Groúpe Danone in Britannia Industries Limited. In 1997 they came up with tag line ‘Swasth Khao, Tan-Mann Jagao’ (‘Eat Healthy, Awaken your body and mind’). This is when they became the first company in India to remove trans fats from their products.

The approach was accompanied by innovative pricing and packaging, making the biscuits affordable for different consumer segments. For instance, Milk Bikis was re-launched in 2006 as a product fortified with calcium, iron, iodine and four “smart nutrients”— vitamins B1, B6, B12 and D. Sold with the message that four biscuits provided the equivalent energy of a glass of milk. 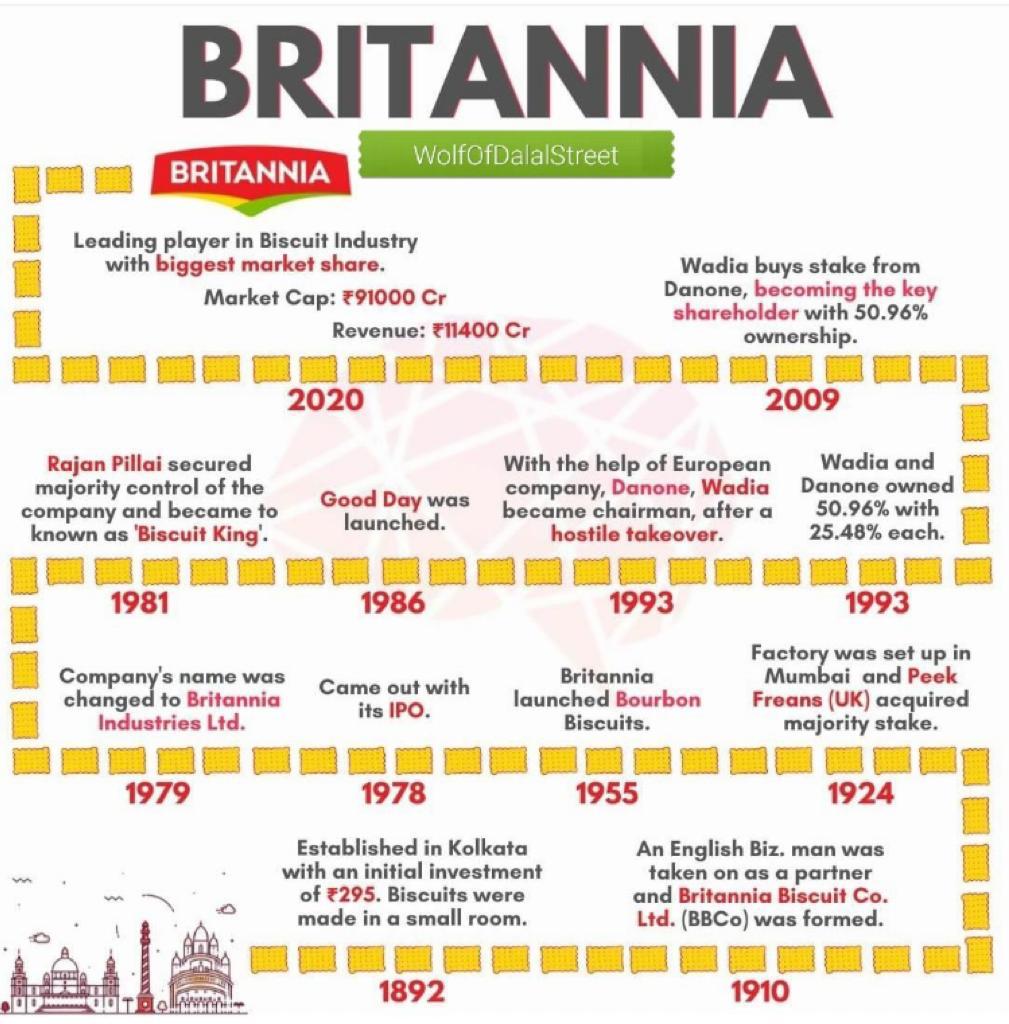