The Narrative of Zomato's IPO 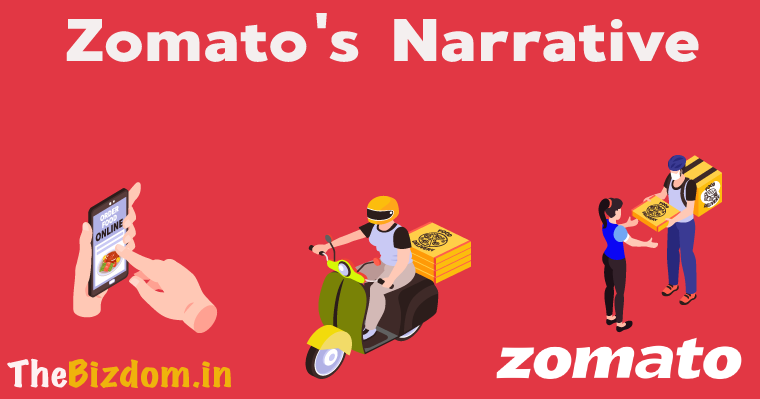 Like always, let’s start with a little bit of History!

A Short History of Food delivery in India 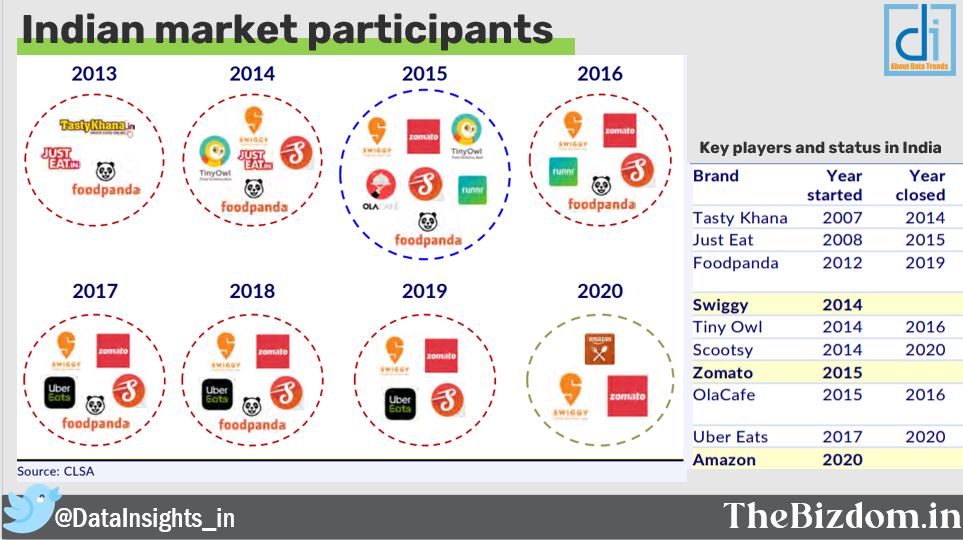 The first player that i remember was Tasty Khana 2007-08. By late 2013, Rocket Internet’s Foodpanda started Acquiring few of them, including Tastykhana and Just Eat. Due to the overall failure of Rocket Internet’s business in India , Foodpanda was acquired by Ola in 2017 and shut down in 2019. The first wave of Food delivery was during 2014-15, but it didn’t last long, Tiny owl was shut down in 2016, Scootsy started in 2014 and was acquired by Swiggy, OlaCafe started in 2015, acquired Holachef’s and then shut in 2016. Other so-called foodtech companies were also getting closed, like Eazymeals, BiteClub, Dazo, Yumist, and MonkeyBox. Around 2017, we had Uber Eats which was later acquired by Zomato in 2020.

How it got started?

Swiggy and Zomato had a late start, yet due to their strong funding, particularly in 2018, led to significant expansion in their operations in terms of geographical presence and rider and restaurant partnerships. Zomato started off as a platform to discover restaurants, read and write customer generated reviews, view / upload photos and book tables, etc. in restaurants. Through a series of acquisitions, the company expanded into 23 countries within this business line. 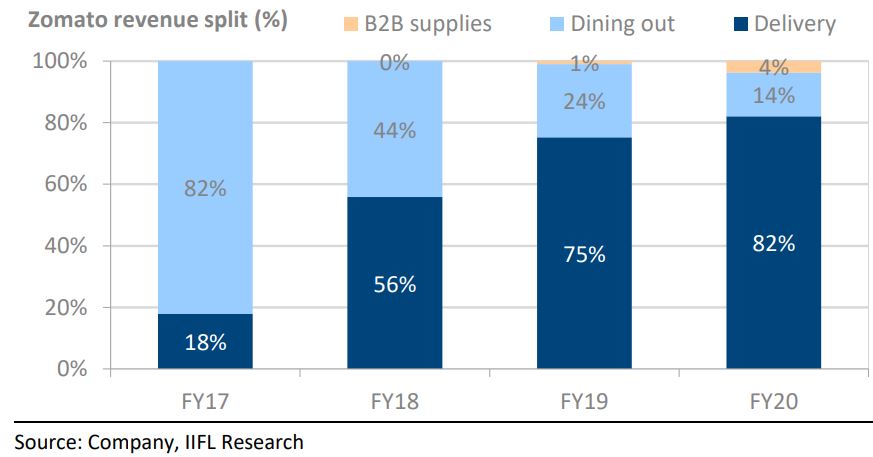 Up to 2016, the company was primarily dependent on restaurant advertising for revenue (contributing c.80% of its FY16 total top line, with a c.80% gross margin). But the sucess of Swiggy and almost open market, made them to enter food delivery business.

Humans are pattern seeking, storytelling animals. We look for and find patterns in our world and in our lives, then weave narratives around those patterns to bring them to life and give them meaning.

A pattern can be used individually or in combination with others to give form to a story. Here are some of the patterns which are part of this narrative. 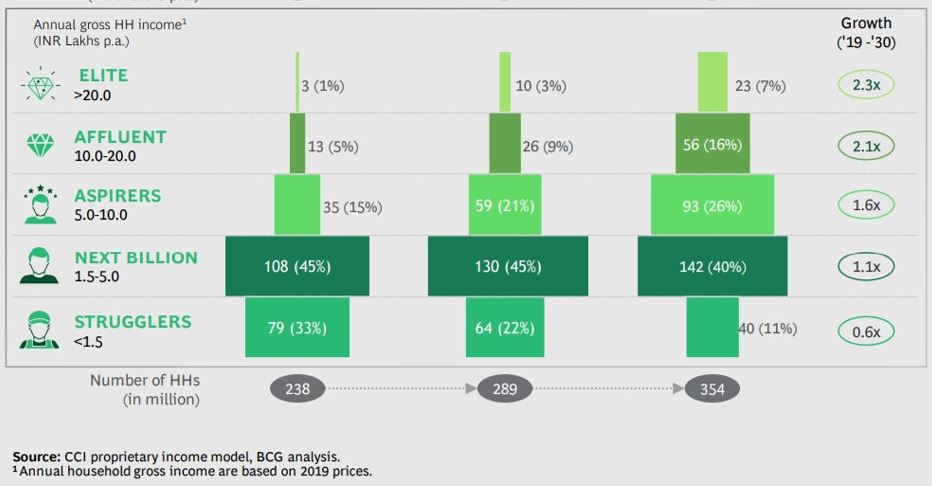 34-35% of India’s population (or ~470 million people), resided in urban towns and settlements in 2020. This is likely to increase to ~37-38% by 2025, as per United Nations Population Division estimates. India’s urbanization rate at 35% is significantly low compared to global average (54%).

Western QSRs reach ~26% of India’s population and cater to ~14% of population. 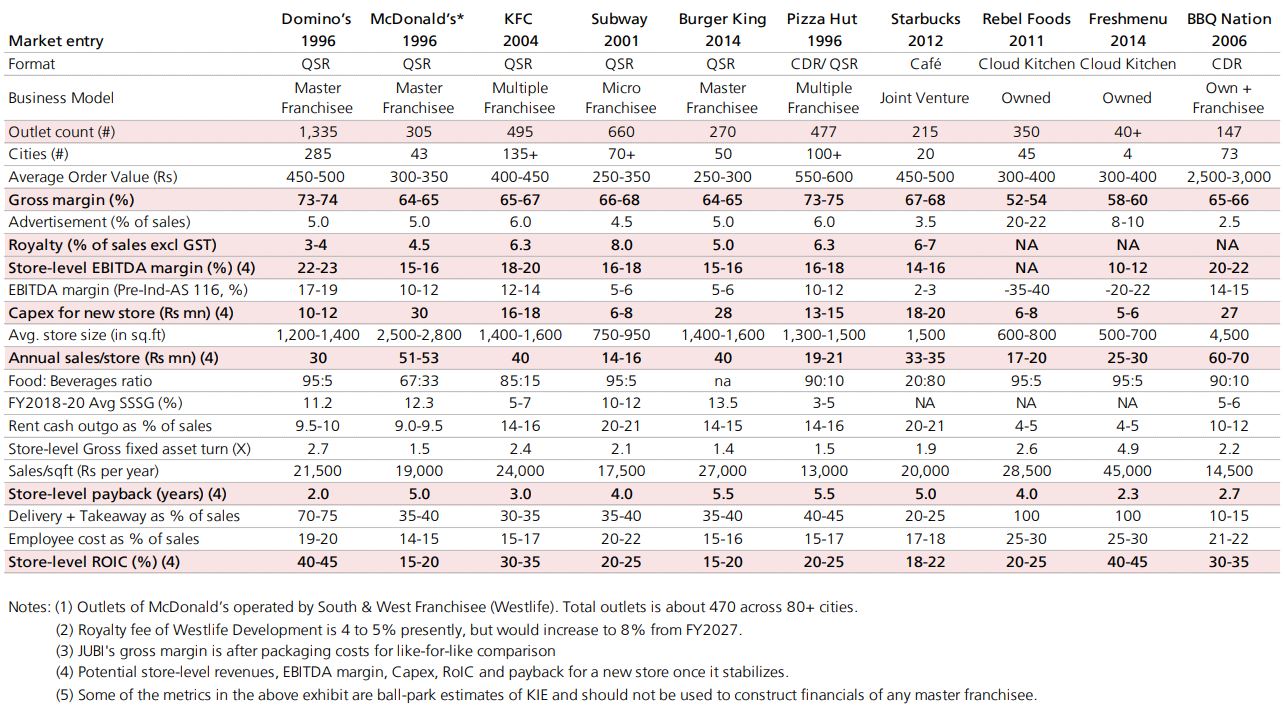 Everyone loves a good story. We love to read them and spend time thinking about their meanings, actions and implications. What constitutes a great story? The answer lies in how well your stories are crafted and how far you take them. So, let’s see how good is this Zomato’s story.

Strong network effects driven by their unique content and transaction flywheels They are the Yelp, DoorDash and OpenTable of India and all that in a single mobile app. They had 389,932 Active Restaurant Listings across 525 cities in India, as of March 31, 2021. They collect and curate all Structured Content using a feet-on-street approach. 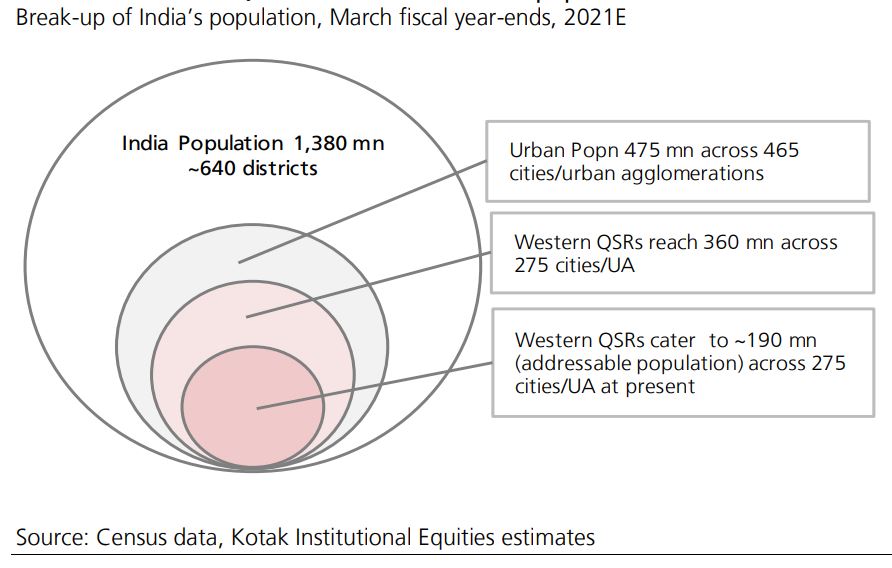 Zomato has an average monthly transacting user base of…10 million users. Netflix has about 3 million subscribers in India. 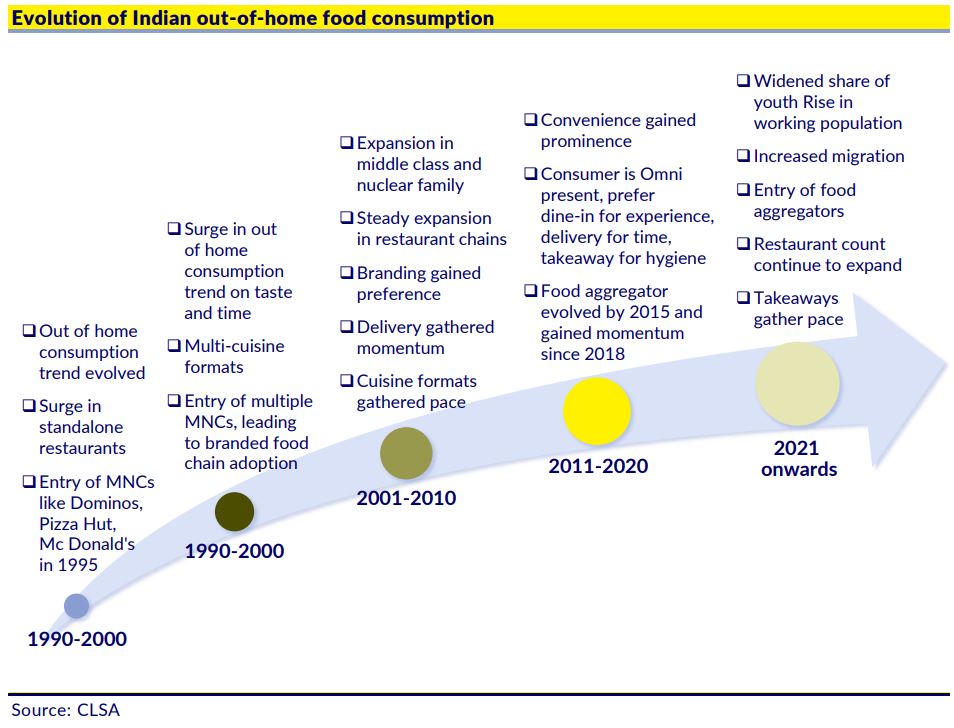 And, in India we are now into our Fifth Wave of Out-Of-Home Food Consumption. 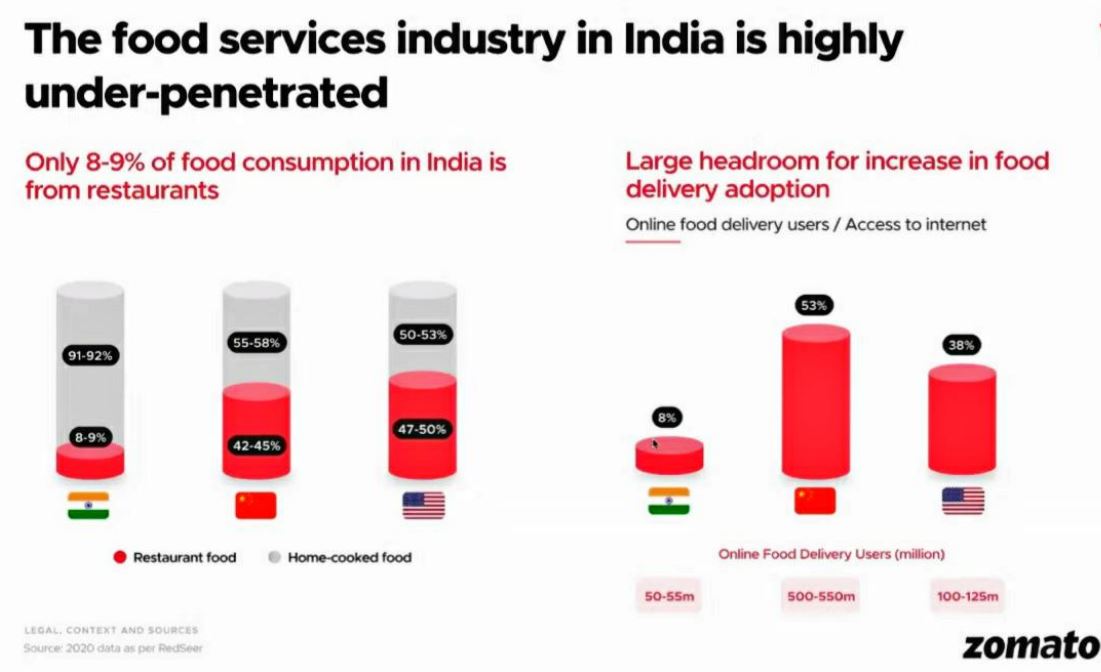 Swiggy and Zomato are now present in 500+ cities compared to 282 for Dominos. Last mile delivery being its Achilles’ heel, Amazon’s food delivery has low probability of sucess, so is for other upcoming players: DotPe, Thrive, Peppo.

Pandemic has changed a lot of things in our life, and one of the key changes is around over-reliance on delivery apps. But will this continue? With an increase in the share of repeat customers, their advertisement and sales promotion expenses per Order have reduced over time.

Narratives are made up of stories. It’s a way to bring both information and experience together. A narrative gives shape to the unfolding events in a story, with the goal of making them clear and compelling to an audience.

The restaurant market in India is highly fragmented with only 6-7% of the value being driven by chain restaurants and the balance being standalone restaurants. This makes Zomato’s role as an aggregator even more important as they help the growth of the industry by giving restaurant partners. Also, Restaurateurs (likely) tend to think on a marginal sale basis. Given that fixed costs (e.g. real estate) are already incurred by the restaurants for the dine-in channel, most restaurateurs tend to think of delivery on marginal cost / marginal profit basis. 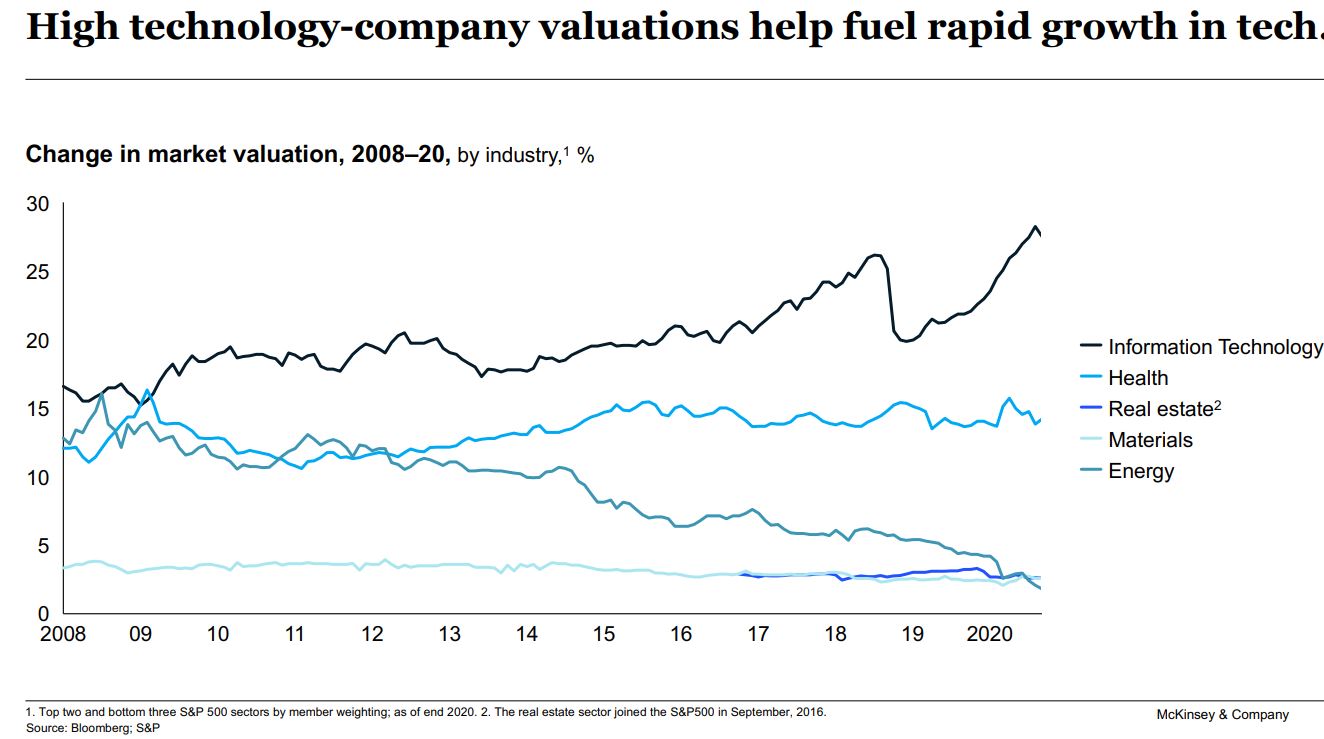 Zomato’s listing is a watershed moment for indian investors, as they can now own a large and scalable Indian tech play. Yes, Industry has the potential to be highly profitable, but will remain in the hands of few players. And, hence valuation will remain elevated due to demand-side factors.

On the valuation front all parameters like EPS, RONW & PE are negative. but being the first move in the segment. Zomato with first mover advantage is placed in a sweet spot as the online food delivery market in India is at the cusp of evolution.

Food aggregators like Swiggy and Zomato have seen an increase in business share over the past three-four years. The burgeoning share is already reflecting in higher commission expenses and further increase could impact margin further. More importantly, rising dependence could lead to limited bargaining potential and limited access to consumer data. Just the way Amazon, despite a loss making enitity did that in US.

The Need for Capital

Last year, both Swiggy as well as Zomato were fighting to get SoftBank on their Cap-Table. SoftBank’s bet on Swiggy after considering both companies also means that it is now very difficult for Zomato to attract private investors.

How big is the Pie?

~30 mn Indian consumers now order food online, which is around the range of the working population in the Urban Middle (US$15k average annual income) cohort in India. It seems like online food delivery is already well penetrated in customer cohorts that can order food online. Remember how Pepsi and coke used to put this narrative, Indian Market is so-so under served, well, at times, your offering will have a limited reach. One can’t go with the base of a large and growing Indian population.

Within the organized chain segment, we expect QSR chains to grow faster, and hence the TAM of $110 billion is not for Zomato.

As per Jefferies also, the online delivery estimated at c.US$4bn, penetration out of the relevant foodservices market will be at around 16-17%.

Another issue is that the restaurant market in the top cities (at rented space) has seen a large churn. Since, most don’t sustain operations due to high rent and low business.

Zomato wanting to be ‘everything food’ vs Swiggy wanting to be ‘anything delivery’ (like daily grocery needs), along with trying to sell their own food. Swiggy has developed two private label, internet-only, food brands: The Bowl Company and Homely.

Why is it NOT another Amazon story?

Remember Amazon had their own Cash-cow- AWS, can Zomato do the same with their Ad network, or Suite of business support services’? Zomato Pro has given them Rs. 56.2 crore, Rs. 87.9 crore and Rs. 57.5 crore, as revenue in last three years, respectively.

Zomato had a negative per-order contribution of (-) Rs30 in FY20 which turned into (+) Rs23 in 9mFY21, led by an increase in AOV, lower discounts, higher delivery charge to customer etc. However, with a gradual normalisation, 3QFY21 went down to Rs19. The improvement in unit economics in 9MFY21 was partly driven by external and potentially temporary tailwinds. Some of these tailwinds could reverse in the future impacting unit economics.

As mentioned in the beginning, none of these two players were the original player of this game, they survived and grew, because of their ability to burn the cash. So, future competition can’t be ruled out, just that the new players should be either ready for cash-burn or just focused on their own niche.

Let’s see what path will be adopted by Amazon, DotPe & Dunzo+Google. Since, for the food outlet, the cost of switching between offerings is quite low only. Infact two of the unexpected Competition could come from Google and Facebook. Google already has a decent stake in Dunzo- the hyperlocal delivery platform, their combo can provide a good alternative to Food outlets. Similarly, WhatsApp+Reliance can allow restaurants to create a business account on the platform, which can be used to share menu information and engage with customers.

Their relationship with the food outlets is a necessary evil. In my view it will remain healthy, till margins are in control, but cloud kitchen firms (Rebel Foods) and big QSRs will remain on the sideline of the overall customer engagement layer, I don’t think so. More than half of Jubilant’s sales in the quarter ended December 2020 came from the Domino’s app, with only a quarter from Zomato and Swiggy combined. 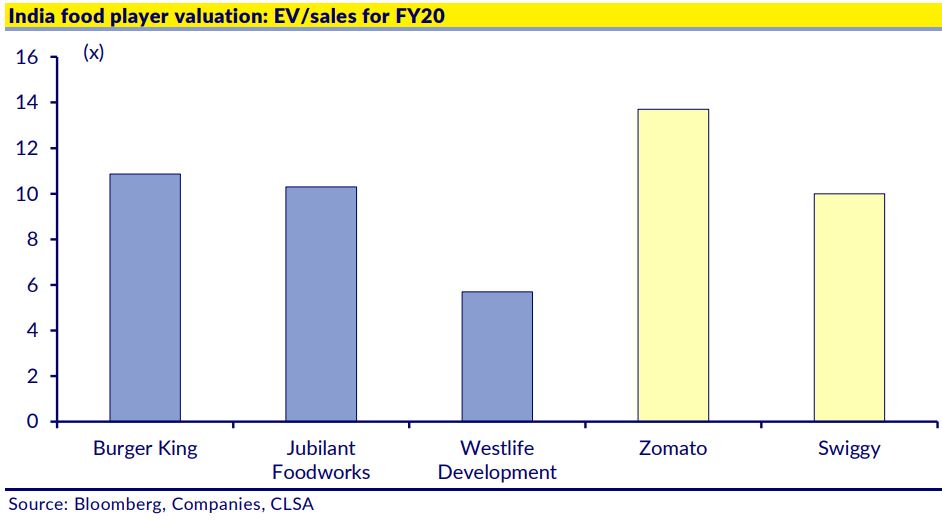 Dominoes had another logic also: they said that working with aggregators leads to a loss of control over quality during handling, and hence they still trust their own delivery boys. Similarly, Licious sells 90% of the stuff through its D2C (Direct to consumer) channel and only 10% through aggregators.

Not all food are same

1994 The first online food order was a pizza from Pizza Hut in 1994. Today, ~35% of Zomato restaurant listings in the top six cities serve Chinese food, and for both Swiggy & Zomato biryani is consistently ranked as the most ordered food item in India. Now, we all know Jubilant is a king of Pizza, and they have recently expanded into Chinese and Biryani also.

At the upper-limit, it will be valued at Rs 64,365 crore, or $8.6 billion. Zomato will be one of the top 75 listed companies in terms of market capitalization on the Bombay Stock Exchange. And will be more than all listed QSR combined. (as shown by this picture by our friend Nitish Jain 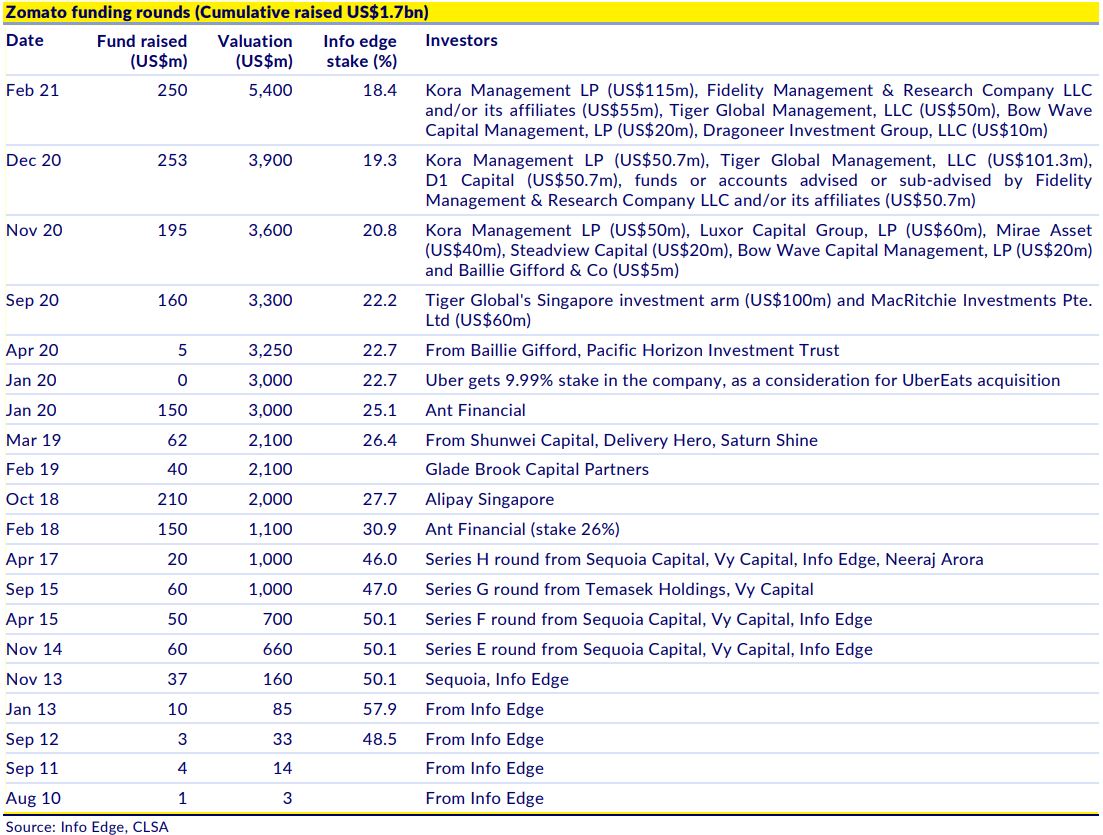 The average cost of acquisition of equity share by the selling shareholder is Rs. 1.16 per share and offer price is Rs. 72 to 76 per share, so it is indeed a great reward for them.

What about ESG investing?

Today, a huge amount of plastic waste is generated each month as a byproduct of online food deliveries in India. The lion’s share comes from Swiggy and Zomato.

Over the last 3 years, Zomato has lost >Rs4000 crores. But the excitement of having a rising star in your portfolio can make you ignore this.

It is said that the public market values companies on numbers rather than narratives. This will be a testing time for this saying, esp in this bull market, since despite of whatever I have put together, this will be a watershed moment!

But then, to make rational decisions in an uncertain world, you have to be able to sort reliable information from misinformation, and the credible from the incredible. 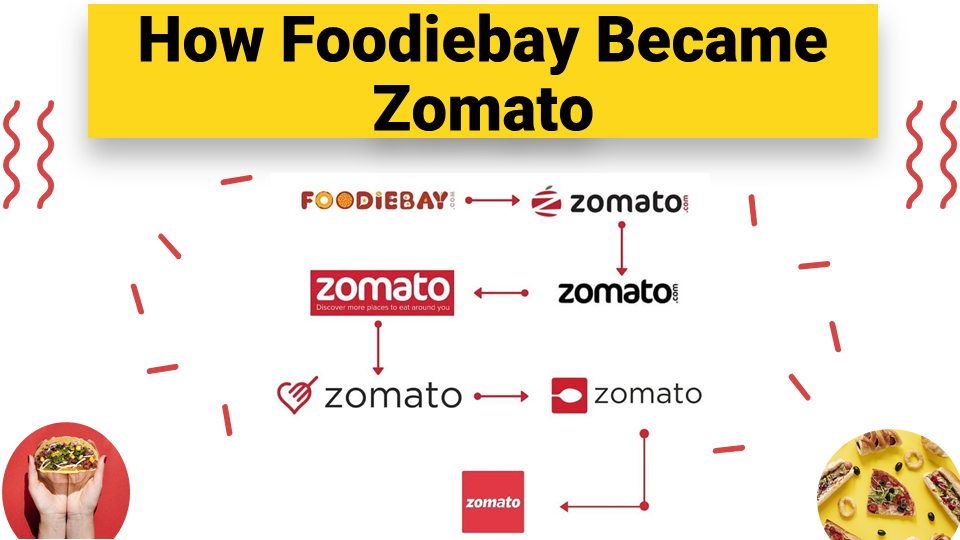 The Story of Zomato