The present-day Andhra Pradesh has about 600 km long coastline and it would be very hard to ignore their maritime history. 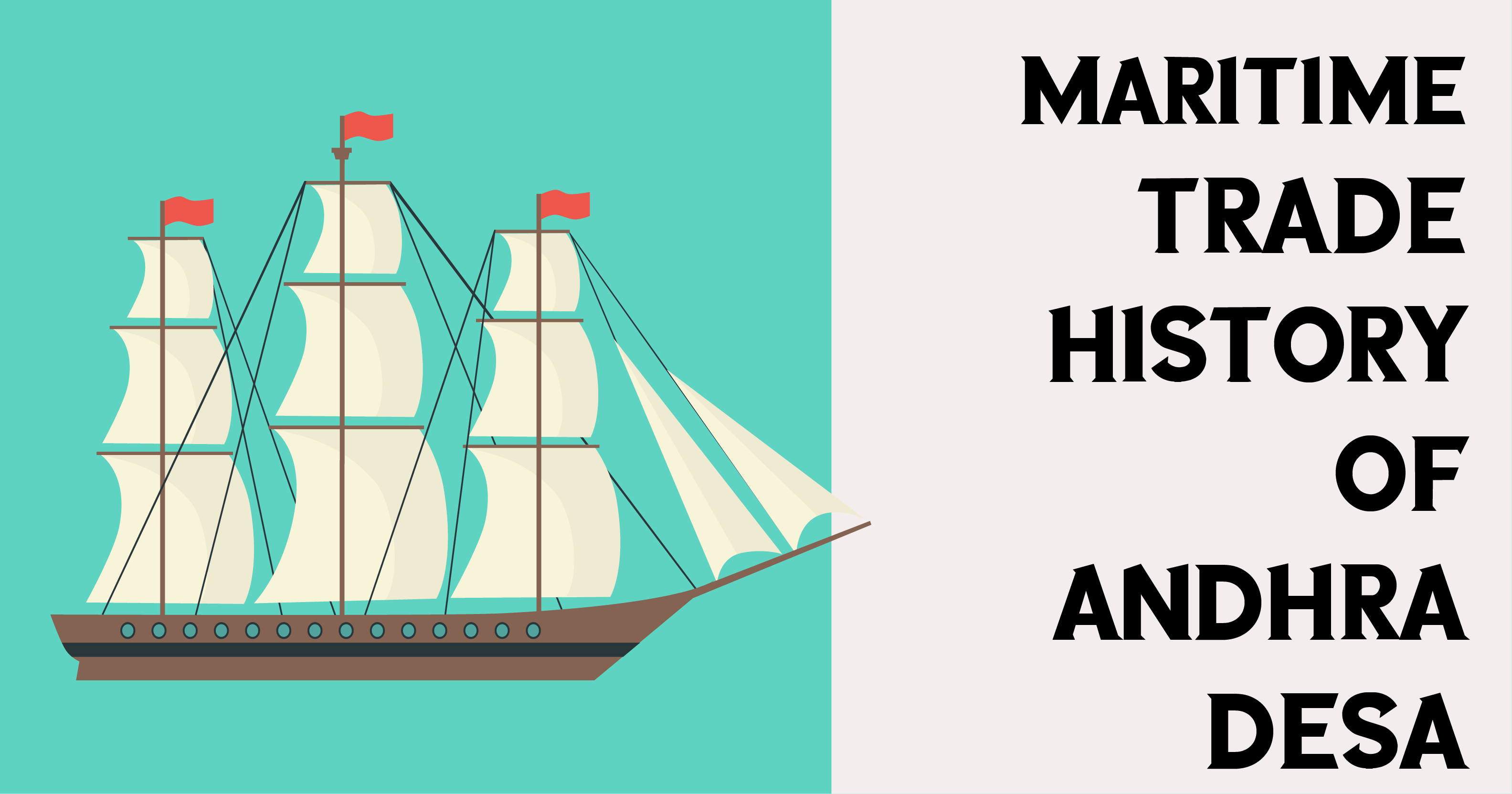 Andhras as a people were mentioned as early as the fifth century B.C. The Jataka stories talk about Andhakapura and Andhradesa. The inscriptions of Asoka mention Andhras as border peoples.

The Greek ambassador Megasthenes, who had attended the courts of Ashoka’s grandfather and father, and had also written in his book ‘Indika; about a group of people whom he called ‘Andarae’, describing them as a ‘powerful race, which possesses many villages, and thirty towns defended by walls and towers, and which supplies its king with an army of 100,000 infantry, 2000 cavalry, and 1000 elephants’. However, the origin of the word Andhra is complex and hence I will skip that part.

Founded by Raja Simuka, Satavahana empire was started around the 3rd century BC (their capital was Amaravati). They reigned throughout the Deccan plateau. Most probably originating in the region between the Krishna and Godavari rivers. Like the Kharavela Kings of Kalinga, a prominent part of the Satavahana dominions remains unexplored, as we have discovered so far only a hoard of Satavahana coins. Their kingdom also included a sizable area of present day Maharashtra (around Nasik). Soon, they took advantage of their coastal trade (of the peninsula of Krishna-Godavari Valley) and ignored the Western Deccan. Soon, Southern India followed the pattern of centralizing and decentralizing power. Dynasties vied over control of the vast dry plateau of the Deccan. And, the fertile delta of the Krishna, with its easy access to the Bay of Bengal, became the site for a contest for control in the fifth to seventh centuries. The Chalukyas, who eventually came to rule this segment of Coastal Andhra. By the sixth century, as successors to the Satavahanas and Vakatakas, the Chalukyas ruled large territories in central India from an original base in Mysore. And then by the 12th century as part of political marriage, the lenderdary Rani Rudrama Devi ( Kakatiya dynasty) will be married into Chalukya dynasty.

Another connection between the Kharavela and Satavahana empire was the powerful focus on the maritime trades, esp with Romans. Exports from early Andhra to Rome were Muslins, grain, salt, spices, pepper, bangles, cooking vessels, coarse cloth. Machilipatnam was famous for it’s a substantial quantity of cotton cloths. In return Italian wine and metals such as Copper, Tin and lead; Coral and topaz were imported. This strong commercial connection was again rediscovered centuries later when Niccolò de’ Conti while visiting Vijayanagar in 1420 (the then capital of the Deccan) coined the phrase ‘Italian of the East’ for the Telugu language. Since, he found words ending with vowels, similar to Italian.

The ship-mast coins of Yajnasri Satakarni reveal the brisk maritime trade of the Satavahana period. To further support these brisk trading relationships are the fact that many gold coins of the Roman emperors have been unearthed in many parts of Satavahana-lkshvaku locations.

The Ports of Early Andhra

Andhra Pradesh, being in the central portion of the East Coast, had its glorious maritime tradition from the ports of Machilipatnam, Visakhapatnam, Yanam, Kakinada, Coringa, Krishnapatnam, Bhavanapadu, Kalingapatnam, Bheemunipatnam, and Gangavaram.

Because of the trade between Andhra and Romans, Andhra was the beneficiary compared with Rome. This resulted in an expansion of “agro-cities” and sea ports. The expanding rural economy needs a market (Petha) and coastal towns (Patnam). They also used Patnam for the location on the banks of rivers. Also, compared to coastal Odisha, the Godavari–Krishna deltaic zone and adjacent areas have yielded richer material for trading activities.

As already discussed cotton was the major commodity for the sea trade. And, an extensive cultivation of cotton got started in Southern India. However, the variety of cotton that was grown varied geographically: in the Andhra districts, cocanadas cotton (Gossypium indicum) was planted while nadam (Gossypium nanking) was grown in the Tamil districts. It was dominated by Komaties (in Andhra) and Chetties (in Tamilnadu). However, with no more Roman trade, we needed a fresh market for these cotton. This is where Persian traders will discover these and another export connection will gain traction. Today, kalamkari as a type of textile is very famous but derives its name from kalam (Persian for ‘pen’), thus kalamkari is a ‘pen work’.

Initially, along with Persian traders, the Masulipatnam Armenians also had an enormous advantage, because their compatriot trading partners located in Persia received the support of the Persian king, Shah Abbas I. This support enabled the Armenian merchants to compete successfully with the powerful European Traders (esp English and Dutch). Persian merchants resident at Masulipatnam had, at one time, dominated shipping, especially to destinations in Persia, but by the end of the seventeenth century, they lost their preeminent position.

Now, after gaining control over the trade routes, the next logical extension was the production of cotton on their own. East India Company, started cultivating cotton in the hinterland of India (in their controlled land) and also copied the design pattern of Masulipatnam chintz. It will take them 100 years to get the price advantage. By 1813, English chintz, now cheaper than the Masulipatnam product, flooded the Persian markets. And, they have also shifted the trade from western coast. Suddenly Masulipatnam had lost its power.

Then in 1839, Coringa, got destroyed by the powerful winds of a hurricane and a resulting storm surge that reached a height of 40 feet. These cyclones also affected other ports, and the era was almost closed at the ancient ports.

However, within two decades English started the development in Visakhapatnam, because of its well-protected natural harbour, in 1858. Visakhapatnam’s strategic location on India’s eastern seaboard enabled the nascent Indian navy to convert its repair facility established during World War II into a proper navy base. Then, the same base proved its worth during the 1971 Indo-Pakistan war.

Cotton production on ‘dry’ soils especially driven by the spread of Telugu specialist cotton farmers throughout the south. In Northern Coromandel, the cotton merchants were mainly Telugu speakers. Telugu speakers were also present in Madras and Fort St. David. All this had made them rich (given the centuries of trades). Plus, Coastal Andhra, was also a major beneficiary of agrarian commercialization. They also benefited most from the ‘American’ crops (Tobacco, chilli, tomato, papaya) introduced by Portuguese. But it didn’t last long. A major famine hit central Coromandel in 1718–19, 1728–36, 1747, 1769, 1781–83, 1789, 1792 and 1798. And, focus was back on the food. In a few decades an individual’s effort would change the fortune of many in this region. Sir Arthur Cotton was a British general and irrigation engineer. In 1858, he came up with an ambitious plan of connecting all major rivers of India (which was again talked by Atal Bihari Vajpayee in 2002, and interlinking of canals and rivers. Today two districts of Andhra Pradesh have about 3,000 statues of him. Transforming a dry expanse into the ‘rice bowl’ of Andhra Pradesh. As he encouraged/funded many irrigation projects. And, as the entrepreneur Andhra communities grabbed this opportunity. Therefore, even today one will find in the construction work, we have Kammas, Reddys and Kapus from Coastal Andhra. Already made them a rich farming community, their success in construction projects made them more rich and by the second half of the 20th century. You will find them dominating business in all the cultural capitals in the south (Madras, Hyderabad and even Bangalore.

The Enigma of Buddhism

The spread and vitality of maritime trade was directly linked with the spread and vitality of Buddhism in Andhra for over 600 years. Traders found that in Buddhism, there were fewer barriers between them and the other classes (cultivators and artisans) with whom they came into contact with in the business of trade. But then it’s gone way back. Let me give you two theories and it’s up to you to make your own conclusion.
First: Economic decline of the society within which it had become so intertwined and identified lead to its own decline? Second: The aggressive reinvented Hinduism forced them. The Hindu takeover of the Jain temple at Chitharal, whether by lapse or appropriation, was part of a process that happened all over South India over the course of some five hundred years, beginning in the seventh century. In some areas the Jain religion continued to be practised (in selective pockets and again by Traders only) but by the twelfth century Buddhism had been all but extinguished throughout the subcontinent. 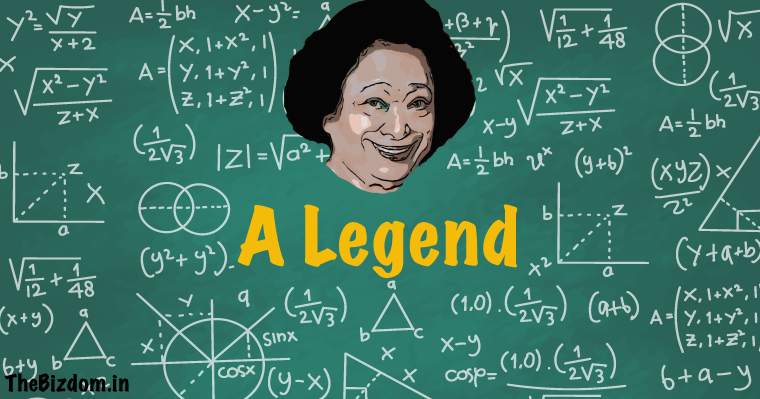 The women who knew too much