On a monsoon day, 15 years before Goa was free. 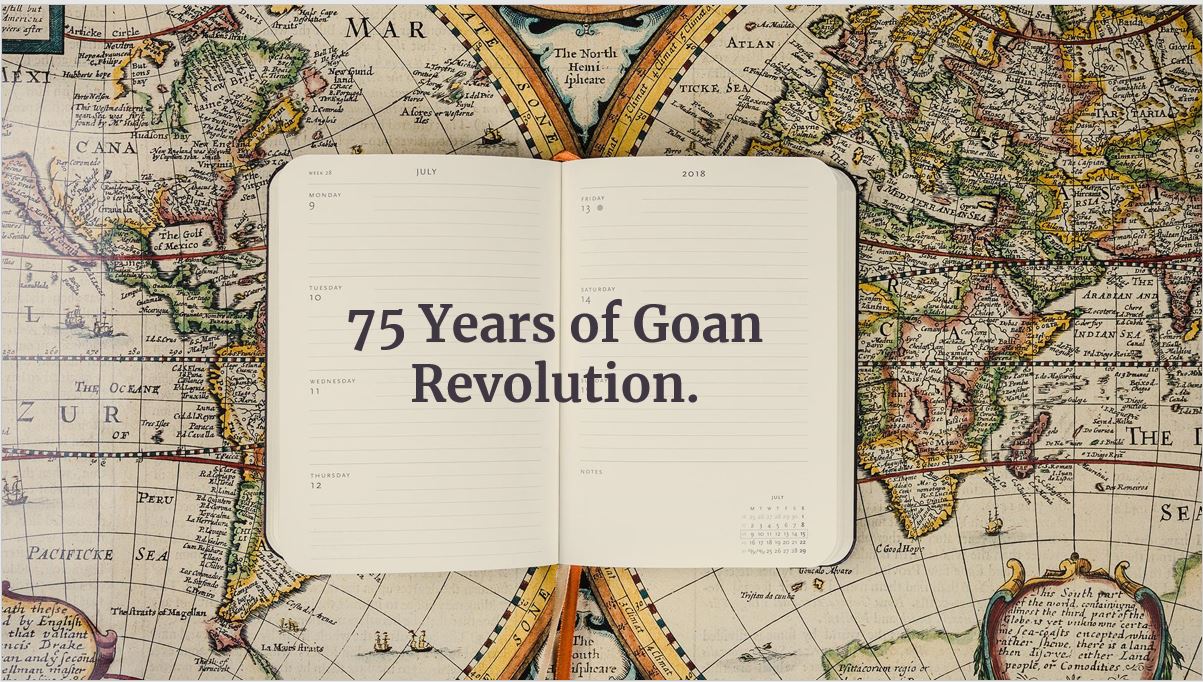 There were about 40 revolts against the Portuguese during their first 400 years of their rule in Goa, the last being the revolt of Ranes (a martial clan) of Sattari in 1912. Pratapsingh Rane from the same clan has served six times as the Chief Minister of Goa. A republican government was established in Portugal in 1910 in place of the constitutional monarchy. And it did bring some HOPE for their Goan Subjects. As they say, Hope helps us to believe that something better awaits us even if we have no idea what that might be.

Hiralal Lohia was a Marwari from the Akbarpur village in the Faizabad district of UP. Hiralal will soon spend more time with fellow Marwaris nationalist in Bombay than running the business in his town. When his wife passed away his kid(Ram Manohar Lohia) was small and was brought up by his grandmother at Akbarpur.

By the time the kid was 8-year-old, he joined his father in Bombay, and thus started working with Hirala side-by-side. When Bal Gangadhar Tilak passed away in August 1920, at the age of 10 years Ram Manohar Lohia had organised the condolence meeting in his school in Bombay.

When they met in Germany

Germany, like Britain, attracted Indian students in the early 20th century. Ram Manohar Lohia soon headed to the University of Berlin to do his doctorate in economics with an interesting topic ‘Salt and Satyagraha’. Soon, a friend suggested he meet with someone who was doing his Medical studies (Dermatology) in the same University. Reason for the meeting was that this Doctor will give him some context on the Salt trade. This was Dr Juliao Menezes, who had come from a Goan village named Assolna, one of the major salt producing village in Portuguese India. In those days, under Anglo-Portuguese treaty of 1878, British India had got the monopoly on the manufacture of salt and its trade in Portuguese India.

They stayed in touch and Lohia took his PhD, fleeing the city just as Hitler came to power.

Around the same time, there was another Indian, who’s family raised money to send him to study chemistry in England. Instead, he changed ships and went to Germany, then the world’s leader in chemicals. On a Berlin Lake, he later met a Lithuanian Jewish socialist, whom he married. And, then within some years, they launched Okasa, a popular restorative tonic from Germany in India. This is how Khwaja Abdul Hamied got his seed capital to set up Cipla (Chemical, Industrial and Pharmaceutical Laboratories) in 1935.

Lohia is Back in India

He joined the Indian National Congress after his return to India. He was also attracted to socialism and thus laid the foundation of the Congress Socialist Party in 1934. When elected to the All India Congress Committee in 1936, Lohia formed a foreign affairs department for the first time.

As his status grew in Congress, so did the regular struggles related to it. He was arrested at Bombay in May 1944 and transferred to Lahore Fort Jail and released only in 1946. A long term in jail had led to the decline of his health and thus his Old Goan friend invited him to Goa, for recuperation. 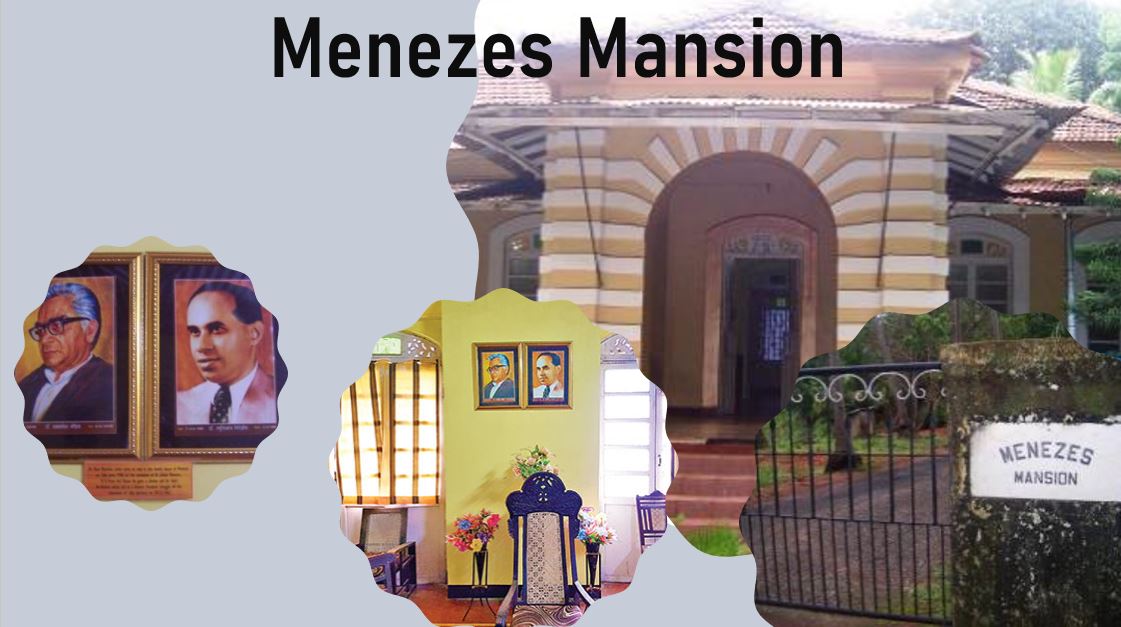 Dr Juliao hosted Dr Lohia at his “Menezes Mansion” at Assolna from June 10, 1946.

The news of his arrival spread in no time, and he had streams of visitors and delegations. They narrated the depressing accounts of Portuguese imperialism and medieval barbarism. There was a complete absence of civil liberties. Even wedding invitations could not be printed without prior approval of the police. They requested Dr Lohia to lead the movement for the liberation of Goa. Dr Lohia realised quickly that the Congress had committed a blunder by ignoring the liberation of Goa. Though Goa National Congress was formed in 1928 by a Goan called Tristao B Cunha, it had not much support from the Congress of India.

Crisis divides the world into two groups. Those who wait around for someone else to fix the problem, and those who jump in and start solving it. And, Dr. Lohia decided to do something on his own. So he obliged and addressed a meeting at the residence of Jagganlal Shah in Panaji, on 16 June 1946, which was a huge success. This was a shock to the Portugese Governor as no meeting or public gathering could be held without prior permission of the government. Provoked by the success of this meeting, another meeting was arranged at Madgaon on 18 June. People began to trek to Madgaon in thousands from all over the territory. The police arrested Dr Lohia before he could address the meeting. Portuguese did not want to attract the ire of the then Indian Government so on June 19, 1946 he was taken by Frontier Railway to Colem and pushed into Indian territory.

But, for the next few days there were massive demonstrations all over Goa. All this led to the freedom struggle in Goa commenced with the launching of the Civil Disobedience Movement under Dr. Ram Manohar Lohia. Today, A road is named after this date in Panjim.

There is an interesting bollywood connection with this story.

As a screenwriter, Khwaja Ahmad Abbas is considered one of pioneers of Indian parallel or neo-realistic cinema. His grandfather Khwaja Gulam Abbas was one of the chief rebels of the 1857 Rebellion movement, and the first martyr of Panipat to be blown from the mouth of a cannon. So, when he decided to narrate the story of Goa under Portuguese rule, he brought his own idea.

Amitabh Bachchan won the National Award for the Most Promising Newcomer for Saat Hindustani. While his character was named after his friend and co-star Anwar Ali, this is what he once said about this film:

“It was the story of the fight for liberation of Goa from the Portuguese. Abbas Saheb believed in the secular tenets of our country and Constitution, so he deliberately gave all his artists opposite roles of their belief and region, to play. Utpal Dutt a Bengali played a Punjabi ; Jalal a Muslim played a Hindu Maharashtrian ; Anwar Ali a Muslim played a Hindu ; Madhu (originally Madhavan Nair) from the South played the Bengali commando, Pushi a Muslim, played a Christian and gave me the role of a Muslim to enact!”.

Lohia in the independent India

After Independence, it became his dream to dismantle the Congress hold on Indian politics, he also dismissed Indira Gandhi in disgust asgungi gudiya—a dumb doll. But, Like Ambedkar, he never gained much traction in his lifetime. B.R. Ambedkar tried to build a political platform for the Dalits; Rammanohar Lohia attempted to do the same for the OBCs. Their successes were limited; however, in the 1980s and 1990s their ideas were revived and amplified by a new generation of caste-based parties Kanshi Ram (and later led by Mayawati) and so-called Socialist- Mulayam Singh Yadav’s Samajwadi Party and Lalu Prasad Yadav’s Rashtriya Janata Dal. 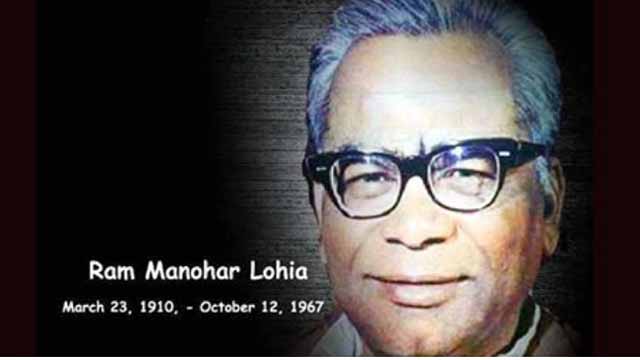 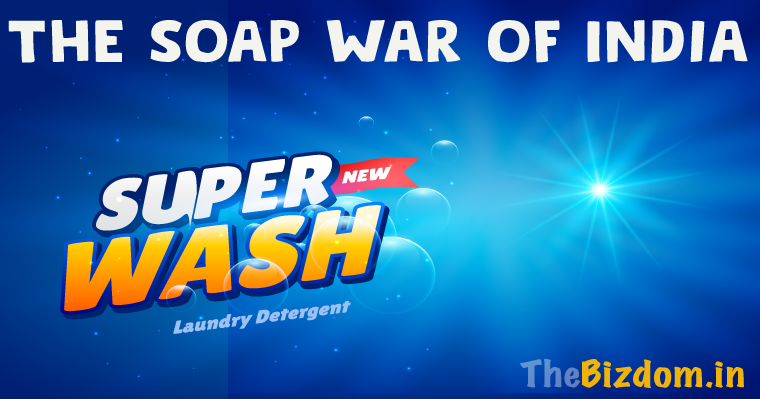 The Soap War of India